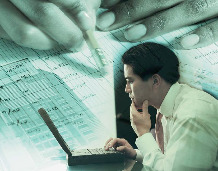 Los Angeles accountant malpractice attorneys at Mark Anchor Albert and Associates have successfully prosecuted and defended accounting and auditor malpractice cases collectively involving hundreds of millions of dollars. They have strong financial and economic backgrounds and are fluent in the language of accountancy and finance. They are adept at reading and understanding financial statements and other accounting and auditing documents of every type.

Thus, when conducting audits of a company’s financial statements, an auditor must abide by professional standards of auditing in GAAS in order to express an opinion on the fair presentation of the financial condition of company in accordance with GAAP.

With respect to audits in particular, there are ten (10) generally accepted auditing standards which are categorized into three categories of standards, as follows:

Violations of the General Standards, including:

Violations of the Standards of Field Work, including:

Violations of the Standards of Reporting, including:

These manipulations often are designed either to inflate or record fictitious revenues, to report improper asset valuations, to conceal, minimize or underreport liabilities and expenses, or understate or mislead readers of the financial statements about material conditions or trends impacting the business’s bottom line or future prospects.

Examples of representative accounting and auditing malpractice cases in which lawyers at Mark Anchor Albert and Associates have been involved include the following:

By appointment by the U.S. Bankruptcy Court as Special Litigation Counsel, advised the Secured Creditors’ Committee of Ya Hsin Industrial Co., Ltd. regarding the existence, viability, and advisability of pursuing claims for professional negligence, breach of fiduciary duty, breach of contract, aiding and abetting breach of fiduciary duty, and conspiracy to commit fraudulent and preferential transfers against the debtor corporation’s former auditors and accountants, involving over $116 million in alleged losses.

Represented Bergen Brunswig Corporation, now known as AmeriSourceBergen (NYSE Ticker: ABC), in an action against Arthur Anderson LLP, then a “Big 5” accounting firm, alleging auditor malpractice in connection with the company’s acquisition of a specialty drug distribution company (Standlander Drug Co., Inc.), and over $3 billion in claimed damages. Managing a forensic accountant team, we uncovered substantial evidence of grossly understated bad debt reserves and failures to properly account for customer returns and allowances that resulted in a nine figure overvaluation of the company that the auditors should have uncovered pre-acquisition. These efforts resulted in a large confidential settlement.

In re KPMG Accounting Malpractice Litigation

Prior to subsequent representation of KPMG, negotiated a $6.3 million settlement from KPMG for erroneous financial statements KPMG had prepared. The client was a major California bank that relied on the faulty financial statements in extending credit to an entity that collapsed when the fraudulent nature of that enterprise came to light. The terms of the settlement and identity of the client are confidential.

Secured a $8.9 million settlement from Deloitte & Touche LLP for its failure to disclose inventory and other problems in financial statements it audited. The specific terms of the settlement agreement are confidential.

In re Deloitte LLP Auditor and Consulting Malpractice Litigation

Advised the General Counsel and the Board of Directors of a publicly-traded Fortune 50 company regarding potential auditor malpractice and related consulting negligence claims against Deloitte Touche LLP regarding their accounting and financial consulting services in connection with the acquisition of a subsidiary whose books were “cooked,” involving claimed damages of over $100 million.

Primary responsibility for defense of KPMG Peat Marwick and its partners in several related state and federal lawsuits arising from the Orange County bankruptcy, seeking collectively more than $3 billion in damages from our clients. Drafted successful appellate opposition brief regarding venue transfer order based upon adverse pre-trial publicity. Prepared critical motions, including motions to transfer venue due to prejudicial post-trial publicity, and motions for summary judgment and summary adjudication, as well as important discovery motions. Assisted in defense of motion for proposed international defendant class action of KPMG partners worldwide. Achieved with team a favorable nationwide class settlement before trial.

In re OCTA/KPMG Auditor Malpractice Litigation

Team leader in the defense of KPMG’s audit of the Orange County Transportation Authority with respect to pension plan and related investment losses totaling hundreds of millions of dollars. Succeeded in dismissing key claims and successfully defended the trial court’s ruling on appeal, leading to a deeply discounted, confidential settlement.

In re OCWD/KPMG Auditor Malpractice Litigation

Team leader in the defense of KPMG’s audit of the Orange County Water District in the face of tens of millions of dollars in claims alleging accounting and auditor malpractice. Took and defended dozens of key depositions, including the Managing Director of plaintiff Orange County Water District, key internal auditing and accounting professionals, and outside financial advisors. Defeated several motions and achieved favorable settlement on the eve of trial while summary judgment and adjudication motions were pending.

In re City of Orange/KPMG Auditor Malpractice Litigation

Team leader in the defense of KPMG’s audit of the City of Orange alleging professional negligence in the audit of the City’s investment and pension accounts. Took key depositions and drafted critical procedural and substantive motions resulting in a favorable resolution for the client at the summary judgment stage pre-trial.