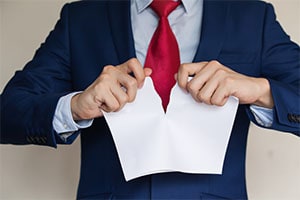 Commercial litigation attorneys at Mark Anchor Albert and Associates have an established track record of success in prosecuting and defending fiduciary breach claims.

A fiduciary relationship is “any relation existing between parties to a transaction wherein one of the parties is in duty bound to act with the utmost good faith for the benefit of the other party. Such a relation ordinarily arises where a confidence is reposed by one person in the integrity of another, and in such a relation the party in whom the confidence is reposed, if he voluntarily accepts or assumes to accept the confidence, can take no advantage from his acts relating to the interest of the other party without the latter’s knowledge or consent.” Wolf v. Superior Court (2003) 107 Cal.App.4th 25, 29. Of course, in construction cases involving professional services, an act such as breach of fiduciary duty also may constitute both a breach of contract and a tort. See Kangarlou v. Progressive Title Co., Inc. (2005) 128 Cal.App.4th 1174, 1178.

In actions against fiduciaries, a plaintiff may have the option of pursuing either legal or equitable remedies. Van de Kamp v. Bank of America (1988) 204 Cal. App. 3d 819, 863. “Recovery for damages based upon breach of fiduciary duty is controlled by Civil Code section 3333, the traditional tort recovery. This is actually broader in some instances than damages which may be recovered for fraud. Also, punitive damages are appropriate for a breach of fiduciary duty. Michelson v. Hamada (1994) 29 Cal. App. 4th 1566, 1582. While breach of fiduciary duty normally presents a question of fact, the existence of legal duty in the first instance and its scope are questions of law that the court must decide. Kirschner Brothers Oil, Inc. v. Natomas Co. (1986) 185 Cal.App.3d 784, 790.

“Breach of fiduciary duty is a tort that by definition may be committed by only a limited class of persons.” 1-800 Contacts, Inc. v. Steinberg (2003) 107 Cal.App.4th 568, 592. While attorneys who provide professional legal services to a client are deemed as a matter of law to be fiduciaries, while architects and engineers providing typical design services to their clients are not usually deemed to be acting as fiduciaries. Carlson v. Sala Architects, Inc. (Minn. 2007) 732 N.W.2d 324, review denied 2007 Minn. LEXIS 524 (reversing a trial court’s holding that an architecture firm owed its clients a fiduciary duty, that it breached that duty, and that it had to return the fees paid for the construction design).

Only when an architect or engineer becomes more extensively involved in managing a project, or in eliciting the special trust and confidence of the client because of their special expertise and knowledge, beyond the mere preparation of plans, will a fiduciary duty normally be imposed upon a design professional. In Palmer v. Brown (1954) 127 Cal.App.2d 44, however, the court stated that an architect owed its client a fiduciary to avoid a conflict of interest arising from his receipt of payment from the project contractor without the owner’s knowledge or consent. See also Will & Cosby and Assocs., Inc. v. Salomonsky (Va. 1999) 48 Va. Cir. 500, 1999 Va. Cir. LEXIS 128 (denying demurrer to claim for breach of fiduciary duty against architect because fact question existed as to existence and scope of architect’s agency relationship with the client); Vikell Investors Pacific, Inc. v. Kip Hampden, Ltd. (Co. App. 1997) 946 P.2d 589, 596, 1997 Colo. App. LEXIS 212 (affirming dismissal of breach of fiduciary duty claim against engineer; recognizing that a fiduciary relationship can exist between engineer and owner under appropriate circumstances).

Clients who have suffered serious losses due to the fiduciary breaches of professionals may be entitled to substantial compensation for their losses. Los Angeles litigation lawyers at Mark Anchor Albert and Associates have extensive experience successfully litigating fiduciary breach cases in a wide variety of circumstance. In such cases, you can count on us to represent you well.