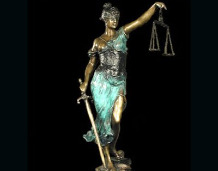 An attorney can breach his or her contract with the client for failing to provide the services promised to be provided in the contract. Common examples of attorney contractual breaches include:

In such cases, when an attorney’s malpractice or other misconduct is manifest, and has resulted in substantial financial losses to a client, Los Angeles litigators Mark Anchor Albert and Associates are willing to bring claims for professional negligence, breach of fiduciary duty, breach of contract, or other related claims, to recover damages for the harm caused to the client.

Examples of representative legal malpractice cases successfully handled by lawyers at Mark Anchor Albert and Associates, involving both transactional malpractice and litigation malpractice, include the following:

In a transactional malpractice action arising from the failure of a major national law firm’s attorneys to include a prevailing party attorney’s fee and cost provision in a complex construction development contract, we succeeded in defeating a motion to dismiss the case on the basis of mediation confidentiality brought by national defense counsel and achieved a favorable confidential settlement during expedited discovery on the eve of arbitration. See the Complaint.

Acting as Special Litigation Counsel appointed by the United States Bankruptcy Court under a court-approved Chapter 11 Plan of Liquidation and 11 U.S.C. § 1123(b)(3)(B), represented the largest secured creditor of two debtors and the debtors’ estates in three coordinated and consolidated adversary proceedings alleging, among other things, transactional and litigation malpractices against litigation and corporate partners of two law firms that aided and abetted preferential transfers of an insolvent consumer electronics distributor. See the Complaint.

In a transactional malpractice case, successfully represented the controlling, managing member of a California limited liability company in the precious metals business in asserting professional negligence and breach of fiduciary duty claims against the corporate attorney who formed the company. The corporate attorney had failed to disclose or obtain a waiver of disabling conflicts of interest and conflicted loyalties and had failed to advise the client about the risks of not contracting around the default provisions of the California Limited Liability Company Law.