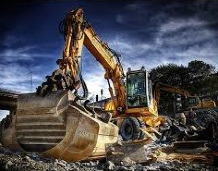 The construction defect attorneys at Mark Anchor Albert and Associates have the skill and determination to prevail on claims for strict liability.

Construction defect plaintiffs may recover damages under the strict liability doctrine without having to prove negligence or other breaches of duty. Instead, a construction defect plaintiff need only establish that its damage was proximately caused by a defective “mass-produced consumer item.” See Del Mar Beach Club v. Imperial Contracting Co. (1981) 123 Cal.App.3d 898. “However, as a practical matter, where liability depends on the proof of a design defect, no practical difference exists between negligence and strict liability; the two types of claims essentially merge.” Lambert v. General Motors (1998) 67 Cal.App.4th 1179, 1185.

Strict liability defendants in construction defect cases may include builders of mass-produced homes, building site developers, component part manufacturers, and material suppliers. Courts have noted that there is little distinction between the “mass production and sale of homes and the mass production and sale of automobiles, and the pertinent overriding policy considerations are the same.” Kriegler v. Eichler Homes, Inc. (1969) 269 Cal. App. 2d 224, 227 (1969). Accordingly, developers of mass-produced tract homes may be held strictly liable whether or not there is privity of contract. Ibid. Courts have held, however, that there is no strict liability against contractors or sub-contractors. See Ranchwood Communities v. Jim Beat Construction (1996) 57 Cal.Rptr.2d 386; La Jolla Village Homeowners’ Assn., Inc. v. Superior Court (1989) 261 Cal.Rptr. 146.

Construction defects actions involving the sale of new residential units (or common facilities in a common interest development) that are sold on or after January 1, 2003 are governed by California Civil Code § 896, et seq., also commonly referred to the “Right to Repair Act.” The Right to Repair Act sets forth seven categories of functionality standards the breach of which can give rise to strict liability for construction defect issues: (a) water issues, (b) structural issues, (c) soil issues, (d) fire protection issues, (e) plumbing and sewer issues, (f) electrical system issues, and (g) other construction issues. If a violation of one of the seven functionality standards causes damage to a manufactured product, or if the manufactured product causes damage to other building components, those damages may be recoverable under Cal. Civil Code § 896(g)(3)(D).

In the construction context, a manufacturer, distributor, or retailer is liable in tort if a defect in the manufacture or design of its product causes injury while the product is being used in a reasonably foreseeable way. Soule v. GM Corp. (1994) 8 Cal.4th 548, 560 (1994). “Strict liability has been invoked for three types of defects—manufacturing defects, design defects, and ‘warning defects,’ i.e., inadequate warnings or failures to warn.” Anderson v. Owens- Corning Fiberglas Corp. (1991) 53 Cal.3d 987, 995. “A manufacturing defect occurs when an item is manufactured in a substandard condition.” Gonzalez v. Autoliv ASP, Inc. (2007) 154 Cal.App.4th 780, 792.

Builders of mass-produced homes, building site developers, component part manufacturers, and material suppliers also may be held strictly liable for design defects that proximately cause injuries to consumers. A manufacturer, distributor, or retailer is strictly liable in tort if a defect in the design of its product causes injury while the product is being used in a reasonably foreseeable way. Soule v. General Motors Corp. (1994) 8 Cal.4th 548, 560. In evaluating the adequacy of a product’s design pursuant to the risk-benefit standard, a jury may consider (i) the gravity of the danger posed by the challenged design, (ii) the likelihood that such danger would occur, (iii) the feasibility of a safer alternative design, (iv) the financial cost of an improved design, and (v) the adverse consequences to the product and to the consumer that would result from an alternative design, among other factors. See Gonzalez v. Autoliv ASP, Inc. (2007) 154 Cal. App. 4th 780, 786–787.