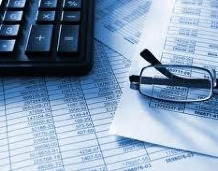 The bankruptcy lawyers at Mark Anchor Albert and Associates are well-versed in prosecuting and defending against preference actions.

The Balance Sheet Test, which seeks to determine whether the Debtor was insolvent at the time of the transfers or as a result of such transfers, is reflected in Bankruptcy Code sections 548(a)(1)(B)(ii)(I) and 101(32), which define insolvency as a financial condition such that the sum of a Company’s debts is greater than all of such Company’s property at a fair valuation, exclusive of any property fraudulently transferred. Under the Balance Sheet Test, as the name implies, courts have made the insolvency determination simply by reviewing and analyzing a corporation’s balance sheets placed into evidence.

The Cash Flow Test, sometimes also called the “Equity Test,” is reflected in Bankruptcy Code section 548(a)(1)(B)(ii)(III), which defines a form of financial distress where a company intended to incur debts that would be beyond a company’s ability to pay as such debts matured. The Cash flow test also is reflected in California Corporations Code section 501, which states that a corporation is insolvent when it is “likely to be unable to meet is liabilities ... as they mature.” The Bankruptcy Code employs the same test in determining grounds for an involuntary bankruptcy under 11 U.S.C. § 303(h)(1).

Finally, the Inadequate Capital Test is reflected in Bankruptcy Code section 548(a)(1)(B)(ii)(II), which defines a form of financial distress where a company is left with unreasonably small capital to conduct future business.

Bankruptcy litigation issues involving preferential and fraudulent transfers often turn on the question of whether the debtor actually was insolvent during the applicable transfer period under the Cash Flow Test, the Balance Sheet Test, or the Capital Adequacy Test. The debtor’s internal financial and accounting records, particularly its balance sheet, income statement, and statement of cash flows, should be examined during the relevant time period to assess the debtor’s financial strength. Expert testimony may be required.