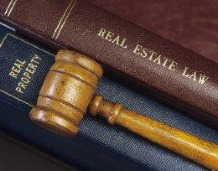 The real estate litigation lawyers at Mark Anchor Albert and Associates are proficient in defending against and prosecuting negligent misrepresentation claims.

Negligence misrepresentation claims, while relatively rare, in proper circumstances may arise in the construction context under various scenarios, including, for example, using cheaper, substandard materials rather than the more expensive materials required by contract specifications; using unlicensed or un-bonded subcontractors; underestimating usable space; and improper and unreasonable cost and completion time estimates.

The basis for a negligent misrepresentation claim in the context of professional services provided by architects, engineers, and other design professions are described in Section 552 of the Restatement (Second) of Torts:

“One who, in the course of his business, profession, or employment, or in any other transaction in which he has a pecuniary interest, supplies false information for the guidance of others in their business transactions, is subject to liability for pecuniary loss caused to them by their justifiable reliance upon the information, if he fails to exercise reasonable care or competence in obtaining or communicating the information.”

However, parties involved in construction disputes cannot read something into a neutral statement in order to justify a claim for negligent misrepresentation. The tort requires a “positive assertion.” An “implied” assertion or representation is not enough. See Diediker v. Peelle Financial Corp. (1997) 60 Cal.App.4th 288, 297-298. “Whether a defendant had reasonable ground for believing his or her false statement to be true is ordinarily a question of fact.” Quality Wash Group V, Ltd. v. Hallak (1996) 50 Cal.App.4th 1687, 1696.

Ordinarily, an opinion given by a contractor, or an architect, engineer or other design professional will not be considered a representation of fact for purposes of a negligent misrepresentation claim. An opinion is a person’s belief that a fact exists, a statement regarding a future event, or a judgment about quality, value, authenticity, or similar matters. However, an opinion is considered a representation of fact if the person issuing the opinion claims to have special knowledge about the subject matter that he or she did not have; or they made a representation, not as a casual expression of belief, but in a way that declared the matter to be true; or they a special relationship of trust and confidence with the plaintiff; or if they had some other special reason to expect that the plaintiff would rely on his or her opinion. See Restatement of Torts, sections 538A, 539, 542.