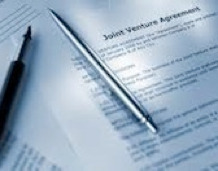 There are three basic elements of a joint venture: First, the members must have joint control over the venture (even though they may delegate it). Second, they must share the profits of the undertaking. Third, the members must each have an ownership interest in the enterprise. Whether a joint venture actually exists depends on the intention of the parties. Where evidence is in dispute the existence or nonexistence of a joint venture is a question of fact to be determined by the jury. See Unruh-Haxton v. Regents of University of California (2008) 162 Cal.App.4th 343, 370. California law requires little formality in the creation of a joint venture and the agreement is not invalid because it may be indefinite with respect to its details. See Boyd v. Bevilacqua (1966) 247 Cal.App.2d 272, 285.

Normally, a partnership or joint venture is liable to an injured third party for the torts of a partner or venturer acting in furtherance of the enterprise. See Orosco v. Sun-Diamond Corp. (1997) 51 Cal.App.4th 1659, 1670. In that regard, “[i]t has generally been recognized that in order to create a joint venture there must be an agreement between the parties under which they have a community of interest, that is, a joint interest, in a common business undertaking, an understanding as to the sharing of profits and losses, and a right of joint control.” Holtz, supra, 49 Cal.2d at pp. 506–507.

The joint enterprise theory is well established and recognized in California as an exception to the general rule that imputed liability for the negligence of another will not be recognized. See Christensen v. Superior Court (1991) 54 Cal.3d 868, 893. The term “joint enterprise” may cause some confusion because it is sometimes used to define a noncommercial undertaking entered into by associates with equal voice in directing the conduct of the enterprise. However, when it is used to describe a business or commercial undertaking, it has been used interchangeably in California appellate decisions with the term “joint venture,” and California appellate courts have not drawn any significant legal distinction between the two. Thus, in the annotations to Restatement of the Law of Torts, section 491, many California cases are cited holding that to have a joint venture there must be a community of interest in objects and equal right to direct and govern movements and conduct of each other with respect thereto. Each must have voice and right to be heard in its control and management. When these elements are present, joint venture liability may attach. See generally Witkin, Summary of California Law (10th ed. 2005) Torts, § 1235.

In cases arising from or relating to joint ventures, the lawyers at Mark Anchor Albert and Associates bring their substantial experience and expertise to bear, achieving consistent victories for the firm’s clients in state and federal court, and arbitrations.