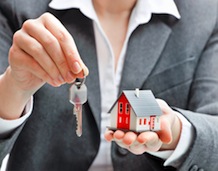 Redevelopment litigation lawyers at Mark Anchor Albert and Associates are proficient in defending against and prosecuting intentional misrepresentation claims.

Although quite rare, a contractor is liable for fraud in the construction of improvements when he or she intentionally fails to build improvements according to the contract requirements. (Miller & Starr, Cal. Real Estate 2d at § 25.6 (1990) (citing Balfour, Guthrie & Co. v. Hansen (1964) 38 Cal. Rptr. 525). Design professionals likewise can be held liable for fraud on the same basis. (Ibid.)

The representation made by the contractor, architect, engineer, supplier, or other construction-related individual must ordinarily be an affirmation of fact, as opposed to an opinion. Under the Restatement Second of Torts section 538A, a representation is an opinion “if it expresses only (a) the belief of the maker, without certainty, as to the existence of a fact; or (b) his judgment as to quality, value, authenticity, or other matters of judgment.” Mere “puffing,” or sales talk, is generally considered opinion, unless it involves a representation of product safety. Hauter v. Zogarts (1975) 14 Cal.3d 104, 112.

“A misrepresentation need not be oral; it may be implied by conduct.” Thrifty-Tel, Inc. v. Bezenek (1996) 46 Cal.App.4th 1559, 1567. Moreover, false representations made recklessly and without regard for their truth in order to induce action by another are the equivalent of misrepresentations knowingly and intentionally uttered. Yellow Creek Logging Corp. v. Dare (1963) 216 Cal.App.2d 50, 55.

“A ‘complete causal relationship’ between the fraud or deceit and the plaintiff’s damages is required. ... Causation requires proof that the defendant’s conduct was a “‘substantial factor’” in bringing about the harm to the plaintiff.” Williams v. Wraxall (1995) 33 Cal.App.4th 120, 132.