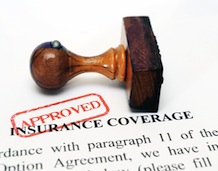 The insurance bad faith lawyers at Mark Anchor Albert and Associates knows when and how best to both assert and defend against indemnity and contribution claims relating to insurance.

The right to indemnity arises when one party pays a joint legal obligation on behalf of another. See Cal. Civ. Code, § 1432; Western Steamship Lines, Inc. v. San Pedro Peninsula Hospital (1994) 8 Cal.4th 100, 114. Equitable indemnity principles govern the allocation of loss or damages among multiple tortfeasors whose liability for the underlying injury is joint and several. Equitable indemnity is designed to apportion liability among joint tortfeasors in direct proportion to their respective fault. Under comparative indemnity principles, a full range of allocations is possible, from no indemnity to complete indemnity for the amounts paid by the indemnitee. See Expressions at Rancho Niguel Assn. v. Ahmanson Developments, Inc. (2001) 86 Cal.App.4th 1135, 1139-1140 (“Expressions”).

“The elements of a cause of action for indemnity are (1) a showing of fault on the part of the indemnitor and (2) resulting damages to the indemnitee for which the indemnitor is contractually or equitably responsible.” Expressions, supra, 86 Cal. App. 4th at p. 1139, citing Gouvis Engineering v. Superior Court (1995) 37 Cal.App.4th 642, 646.

There can be no indemnity without liability, meaning that the indemnitor and indemnitee must share liability for the injury to another party. Jocer Enterprises, Inc. v. Price (2010) 183 Cal.App.4th 559, 573.

Contractual indemnity under an insurance contract is separate and distinct from indemnity principles governing apportionment of fault between joint tortfeasors. An indemnity contract requires one party to indemnify the other, under specified circumstances, for moneys paid or expenses incurred by the latter as a result of third party claims. See Civ. Code, § 2772 (“Indemnity is a contract by which one engages to save another from a legal consequence of the conduct of one of the parties, or of some other person.”)

In a liability insurance contract, “[t]he ‘insuring clause’ is the basic agreement by the insurance company to provide coverage to its insured. … An insuring clause is the foundation of the agreement and forms the basis for all obligations owed to the insured.” Croskey et al., Cal. Practice Guide: Insurance Litigation, The Rutter Group, § 3:71, p. 3-15. A typical indemnity provision in a liability insurance policy’s insuring clause states that insurer will pay or reimburse the insured “all sums that the insured becomes legally obligated to pay as damages” for specific covered claims. Indemnity payments typically are made with respect to either settlements entered into by or judgments entered against an insured with respect to covered losses, damages or claims. An insurer’s duty to indemnity is less broad than its duty to defend.

Equitable contribution in the insurance contract is related to, but different from, both equitable indemnity and contractual indemnity obligations in typical liability insurance contracts. Equitable contribution in the insurance context refers to the right to recover, not from the party primarily liable for the loss, but from a co-obligor who shares such liability with the party seeking contribution. The reciprocal contribution rights of co-insurers who insure the same risk are based on the equitable principle that the burden of indemnifying or defending the insured with whom each has independently contracted should be borne by all the insurance carriers together, with the loss equitably distributed among those who share liability for it in direct ratio to the proportion each insurer’s coverage bears to the total coverage provided by all the insurance policies. See American Continental Ins. Co. v. American Cas. Co (1999) 73 Cal.App.4th 508 (1999). Under California law, the reciprocal rights of two insurers covering the same risks “arise from principles of equity rather than contract. . . . No specific rule governs this area of the law. Courts should consider the nature of the claim, the relation of the insured to the insurers, the particulars of each policy and any other equitable considerations.” Northern Ins. Co. v. Allied Mut. Ins. Co. (9th Cir. 1992) 955 F.2d 1353, 1360.