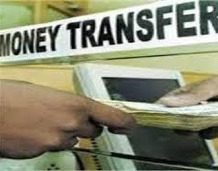 Whether the debtors received “reasonably equivalent value” for the property transferred presents a question of fact to be determined as of the date of the transfer. See Helms v. Roti (In re Roti) (Bankr. N.D. Ill. 2002) 271 B.R. 281. A two-step process is used. First, the court determines whether the debtor received value. Second, the court determines whether that value is reasonably equivalent to the value of the property the debtor transferred. See Grochocinski v. Reliant Interactive Media Corp. (In re General Search.com) (Bankr. N.D. Ill. 2005) 322 B.R. 836.

Bankruptcy litigation involving fraudulent transfers often involves relatives or close friends of insiders of the debtor. The bank records of the debtor need to be carefully scrutinized to analyze any checks, cash withdrawals, or wire transfers that appear to be outside the ordinary course of business or that are not properly tied to actual goods or services received in return, or that appear grossly excessive in relation to the goods or serviced received.