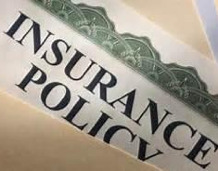 “First party” claims involve covered losses or damage sustained by the insured, such as injuries or liability covered by a fire, theft, automobile, or disability insurance contracts. See Montrose Chemical Corp. v. Admiral Ins. Co. (1995) 10 Cal.4th 645, 663. “Third party” coverage protects the insured from liability to third parties based on the insured’s acts or omissions that are covered under the insurance policy. See Essex Insurance Co. v. City of Bakersfield, (2007) 154 Cal.App.4th 696, 705.

In a “first party” case against an insurance company, the insured is the plaintiff and seeks to obtain coverage under the insurance contract, and does not seek to recover damages from a third party. See McKinley v. XL Specialty Ins. Co. (2005) 131 Cal.App.4th 1572, 1576. In a “third party” case, the third party claimant is the plaintiff who is suing the insured to recover damages for injuries allegedly caused by the insured’s acts or omissions, for which the insured seeks coverage from his or her insurance carrier to either defend the lawsuit or indemnify the insured from any judgment or settlement in the case. See Austero v. National Casualty Co. (1978) 84 Cal.App.3d 1, 26-28.

The distinction between third party and first party claims impacts various important insurance coverage issues, such as the duty to defend, the applicable statutes of limitation, the duty to defend and to indemnify, notice and proof of loss, and applicable causation requirements.

The covenant not to execute—which even may be entered into before a judgment is entered against the insured in favor of the third party claimant—is not a release of liability: the insurance carrier remains obligated to pay whatever judgment is rendered against the insured that is based on liability covered by the indemnity provisions of the applicable insurance policy. See Critz v. Famers Insurance Group (1964) 230 Cal. App. 2d 788, 803.