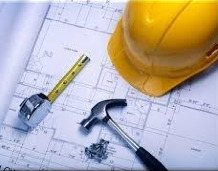 The real estate and construction defect litigators of Mark Anchor Albert and Associates are skilled in handling express and implied indemnification claims.

In general, indemnity refers to “the obligation resting on one party to make good a loss or damage another party has incurred.” Historically, the obligation of indemnity took three forms: (1) indemnity expressly provided for by contract (express indemnity); (2) indemnity implied from a contract not specifically mentioning indemnity (implied contractual indemnity); and (3) indemnity arising from the equities of particular circumstances (traditional equitable indemnity).

The right to implied contractual indemnity is predicated upon the indemnitor’s breach of contract, the rationale being that a contract under which the indemnitor undertook to do work or perform construction or design services necessarily implied an obligation to do the work involved in a proper manner and to discharge foreseeable damages resulting from improper performance absent any participation by the indemnitee in the wrongful act precluding recovery. An action for implied contractual indemnity is not a claim for contribution from a joint tortfeasor; it is not founded upon a tort or upon any duty which the indemnitor owes to the injured third party. It is grounded upon the indemnitor’s breach of duty owing to the indemnitee to properly perform its contractual duties. West v. Superior Court (1994) 27 Cal. App. 4th 1625, 1633.

Express indemnity provisions are contained in all of the form construction industry contracts; namely, the AIA A201-2007, Consensus DOCS – 2009, and EJCDC C-700. The AIA Family of Construction Documents are prepared by the American Institute of Architects (“AIA”) and are the most popular form construction documents used in California and nationally. See http://www.AIA.org. The Consensus DOCS were developed by a coalition of twenty-three leading industry organizations representing owners, contractors, subcontractors, designers, and sureties, as an alternative to the AIA form documents. See http://www.consensusdocs.org. The EJCDC Documents are prepared by the Engineers Joint Contract Documents Committee (“EJCDC”) and are issued and published jointly by the (1) National Society of Professional Engineers, (2) Consulting Engineers Council, (3) American Society of Civil Engineers, and (4) Construction Specifications Institute. See http://www.EJCDC.org. All three families of form construction documents contain express indemnity provisions.

Builders and contractors sued by owners, for example, for construction defect customarily cross-claim against subcontractors, seeking indemnity to the extent of their liability. Indemnification obligations are typically insured under a Comprehensive General Liability (CGL) insurance policy. Accordingly, CGL insurers for contractors, subcontractor, and vendors typically will retain defense counsel in complex construction defect litigation in a complicated risk allocation process based on indemnification principles and comparative fault. The process usually is worked out during discovery and destructive testing to determine the nature, scope, extent and likely cause of the defects, and the time and money that will be required to repair them. Mediated settlement discussions informed by expert reports placing the relative blame and responsibility among the various parties often lead to a global compromise funded by a consortium of CLG insurers representing the parties involved, which also may include Errors and Omission (E&O) insurers representing design professional who also may have been sued, such as architects and engineers.