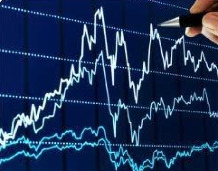 The bankruptcy litigators at Mark Anchor Albert and Associates have prosecuted and defended against securities claims arising in the bankruptcy context for shareholders, creditors, bond holders, and officers and directors.

Many of the largest corporate bankruptcies—WorldCom, Enron, Global Crossing, Adelphia Communications, and Bernard Madoff’s corrupt empire, to name just a few—have involved the debtor’s securities violations based on financial fraud involving intentional misstatements and omissions of information and disclosure in financial statements to deceive financial statement users. Financial fraud by corporate debtors and their insiders often involves misappropriation of assets (embezzlement); manipulations, falsification, or alteration of accounting records or supporting documentation; misrepresentation in, or intentional omissions from, the financial statements of events, transactions, or other significant information; intentional misapplication of accounting principles relating to measurements, recognition, classification, presentation, or disclosure of material financial information.

More than half of all financial fraud cases involving financial reporting have to do with manipulation of sales (revenues). Other common schemes involve shifting current expenses to a later periods; failure to record or disclose liabilities; manipulation of the setting and reversing reserves; the use of nonrecurring write-offs and restructuring charges; and the intentional misstatement of financial results in press releases.

Revenue manipulation can be achieved by simple accounting entries to show sales to non-existing customers; shipping goods to another warehouse or warehouses and recording the shipments as sales; and selling goods, typically just before year end, and then taking them back as a return; using more complex business instruments or arrangements to record fictitious revenues; recording revenue before it is actually earned (e.g., recording revenues of future periods as current period revenue); lending customer funds to boost revenue (customers use money from vendor to purchase goods); and making loans to affiliated non-consolidated entities to buy products to generate bogus revenues.

Red flags that may indicate a debtor’s pre-petition revenue manipulation include an abnormal increase in accounts receivable; growth in accounts receivable that is not matched by growth in the amounts of allowance for bad/doubtful debts (which may indicate that some receivables are fictitious and therefore no reserves would be necessary); abnormal increase in inventories that may indicate a fictitious increase in inventory allowing the company to manipulate the cost of sales figure, and thus, its reported gross margin; and adoption of an accounting policy used by the company to recognize revenue (sales) that differs significantly from local or international GAAP or acceptable industry norms.

So-called “big bath” charges occur when a company dumps various kinds of expenses into a write-off or restructuring charges so as to book those costs in the current year, which helps make earnings look better in the future.

Creditors and shareholders may have claims against the officers and directors of an insolvent corporation, limited liability company, or limited liability partnership based on financial manipulations. The debtor itself, as debtor-in-possession, acting through a trustee, or through a special representative, also may have claims against its current or former officers and directors, or third party professionals, such as the debtor’s former attorneys and auditors.