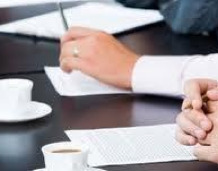 The bankruptcy litigators at Mark Anchor Albert and Associates have successfully handled numerous, complex corporate governance issues in both state and federal court and on appeal.

A basic principle of corporate governance under Delaware and California law is that a solvent corporation’s board of directors has the ultimate responsibility of managing the business and affairs of the corporation. See Aronson v. Lewis (Del. 1984) 473 A.2d 805, 811. In discharging this duty, the board owes fiduciary duties of care and loyalty to the corporate shareholders. See id. at 811 (noting that in discharging their function the directors owe certain “fiduciary” obligations to the corporation and its shareholders). See also Smith v. Van Gorkom (Del. 1985) 488 A.2d 858, 872-73 (holding that fiduciary duties apply with equal force when a board approves a corporate merger). The duty of care requires the directors to inform themselves of all material information before making a business decision. Aronson, 473 A.2d at 812. See also Lawrence E. Mitchell, The Fairness Rights of Corporate Bondholders, 65 N.Y.U. L. Rev. 1165, 1172 & n.19 (1990) (discussing a director’s duty of care in monitoring corporate management). After reviewing all of the pertinent information, the directors are required to act with “requisite care in the discharge of their duties.” Id. at 1172, fn. 19 (quoting Rev. Model Business Corp. Act 8.30 (1984)). The duty of care is imposed to “ensure that the board in fact fulfills its function of monitoring management, or at least to provide legal redress in the event that it fails to do so.” Aronson, 473 A.2d at 812. Thus, a director may not claim ignorance where information which affects his decision is readily available.

In California, the business judgment rule is codified in Corporations Code section 309, which reads as pertinent: “(a) A director shall perform the duties of a director, including duties as a member of any committee of the board upon which the director may serve, in good faith, in a manner such director believes to be in the best interests of the corporation and its shareholders and with such care, including reasonable inquiry, as an ordinarily prudent person in a like position would use under similar circumstances.” This duty—generally to act with honesty, loyalty, and good faith—is derived from the common law. (Berg & Berg Enterprises, LLC v. Boyle (2009) 178 Cal.App.4th 1020, 1037 [citing cases].)

A California corporation’s directors and officers owe no fiduciary duty to creditors under California law until the corporation becomes insolvent. (In re Jacks (Bankr. Ct. C.D. Cal. 1999) 243 B.R. 385, 390, aff’d in part, rev’d in part, (9th Cir. B.A.P. 2001) 266 B.R. 728. “Because a director’s fiduciary duties to creditors do not arise until the corporation is insolvent, the timing of the insolvency is critical.” Id., 266 B.R. at 738. The time of insolvency as determined under California law is the point at which the corporation is unlikely to be able “to meet its liabilities... as they mature.” Ibid., quoting Cal. Corp. Code § 501.

Once a corporation becomes insolvent, the scope of a director’s or officer’s fiduciary duty to creditors is to not “divert, dissipate or unduly risk assets necessary to satisfy their claims.” In re Ben Franklin Retail Stores, Inc. (Bankr. Ct. N.D. III. 1998) 225 B.R. 646, 655, amended and superseded by, (N.D. III. Jan. 12, 2000) 2000 U.S. Dist. LEXIS 276, 2000 WL 28266. California courts have applied the “trust fund doctrine” where “all of the assets of a corporation, immediately on its becoming insolvent, become a trust fund for the benefit of all of its creditors.” In re Jacks, 266 B.R. at 736 (quoting Saracco Tank & Welding Co., Ltd. v. Platz (1944) 65 Cal.App.2d 306, 315 (internal citation omitted)). Under the trust fund doctrine, the directors and officers of the insolvent corporation become fiduciaries whose obligations to the creditors is to protect the assets of the insolvent corporation to satisfy their claims. (See, e.g. Saracco, 65 Cal.App.2d at 315.)

The California trust fund doctrine prohibits actions by officers and directors of insolvent California corporations that that “divert, dissipate, or unduly risk corporate assets that might otherwise be used to pay creditors claims.” Berg & Berg Enterprises, supra, 178 Cal.App.4th at 1041. “This would include acts that involve self-dealing or the preferential treatment of creditors.” (Ibid.)