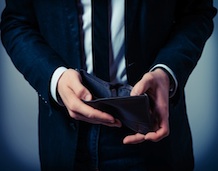 A creditor who wishes to recover money from a debtor in bankruptcy is required to file a “proof of claim,” which is a written statement describing the reason for and amount of the debt allegedly owed by the debtor to the creditor. A proof of claim is a “written statement setting forth a creditor’s claim” which must conform substantially to the appropriate Official Form. See Federal Rules of Bankruptcy Procedure (“Bankruptcy Rules”) 3001(a). Official Form B10 is available on the official websites of most bankruptcy courts. The manner in which creditors and equity security holders present their claims or interests to the bankruptcy court is governed by 11 U.S.C. §§ 501 and 502 and Bankruptcy Rules 3001, 3002, 3003, 3005, 3006, 3007, and 3008.

A proof of claim must be filed by the time set by the court, pursuant to Bankruptcy Rule 3003(c)(3). The court sets the claim filing deadline based upon a debtor’s motion or the motion of another party in interest, such as a creditor or creditors’ committee. Once that motion is granted and a bar date is set, the debtor or trustee sends a Notice of Bar Date, which is a notice to all creditors and parties in interest of the last day to timely file a proof of claim in accordance with the bar date set by the court.

The filing of a proof of claim triggers the claims allowance and disallowance process, and, accordingly, the bankruptcy court’s core jurisdiction under 28 U.S.C. § 157(b )(2)(B). Thus, a creditor filing a proof of claim typically is deemed to have waived the right to a jury trial by submitting to the bankruptcy court’s core jurisdiction.

A creditor may withdraw a proof of claim as of right, unless (i) an objection to the claim has been filed, (ii) a complaint was filed against the creditor in an adversary proceeding, (iii) the creditor accepted or rejected the plan, or (iv) the creditor otherwise participated significantly in the case, in which case the creditor must have an order of the court to withdraw its claim. See Bankruptcy Rule 3006.

Section 502(b) of the Bankruptcy Code lists nine exclusive grounds for disallowance of a claim, which include these common examples:

1. Untimely Claims: 11 U.S.C. § 502(b)(9) disallows untimely claims. In Chapter 11 cases, claims that are not filed timely typically are disallowed, and any creditor who files a late claim is prohibited from participating in the case and receiving any payment with respect to its tardy claim. See Bankruptcy Rule 3003. There is an “excusable neglect” exception to this tardy claim disallowance rule, however. Bankruptcy Rule 9006 (b)(1) allows the court to enlarge the time for filing a proof of claim so long as the claimant establishes that the delay in filing is due to “excusable neglect.”

3. Insider and Attorney Claims: 11 U.S.C. §502(b)(4) provides that a claim “for services of an insider or attorney for the debtor” shall be disallowed if the claim “exceeds the reasonable value of such services.”

5. Lease Rejection Claims: 11 U.S.C. § 502(b)(6) limits the claim of landlords whose leases are rejected by debtors during bankruptcy proceedings. Section 502(b)(6) compensates a landlord for the loss suffered by termination of a lease, while not permitting large claims for breaches of long-term leases, which would prevent other general unsecured creditors from recovering from the estate. Section 502(b)(6) in effect caps landlord claims after the mitigation of damages by a landlord required under applicable state law.