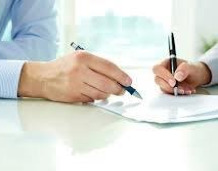 The real estate and construction defect litigators at Mark Anchor Albert and Associates are experienced in asserting and defending against claims for breach of express contract.

The elements of this cause of action are: (a) a contract; (b) a breach; (c) causation; and (d) damages. Plaintiffs should only assert this claim against parties with whom they are in privity of contract. Standard contracts, such as those promulgated by the American Institute of Architects (“AIA”) and the Association of General Contractors (“AGC”), and custom contracts, often contain representations that the materials, components or products utilized on the construction project are of good quality, new, or similar representations. These representations are often contained in provisions outside the contract’s typical warranty provisions. The addenda of the contract, specifications, and architectural drawings are also useful documents to determine what representations have been made regarding the quality and types of components and products to be used on the project. Pleading this claim is simply a brief description of the provision in the contract which requires “quality” or “new” or a certain type of component, and the allegation that said component has failed.

Breach of contract causes of action seeking redress for injury to real property have been recognized in California. The accrual of the breach of contract action is governed by the discovery rule. Angeles Chemical Co. v. Spencer & Jones (1996) 44 Cal.App.4th 112, 119-120 (the accrual of plaintiff’s cause of action is postponed until plaintiff either (1) actually discovers his injury and its negligent cause, or (2) could have discovered injury and cause through exercising reasonable diligence.) The statutes of limitation include a limitation of 4 years for breach of a written agreement, 3 years for damage to real property, and 2 years for personal injury.

Emotional distress damages are not recoverable under a breach of contract theory where the breach did not cause physical injury, and the alleged emotional distress arose solely from property damage. Erlich v. Menendez (1999) 21 Cal.4th 543; see also Cal. Civil Code §§ 3300, 3301, 3333.